What is eurythmy in motion

Home / What is eurythmy in motion

Eurythmy in Motion, a broadening initiative.

Human beings working together with elemental spirits beings
Since 2006 there has been regular contact between anthroposophical doctors, eurythmists, eurythmy therapists, and elemental spirit beings. The main question that they addressed was whether eurythmy therapy as developed by Rudolf Steiner could be developed further. To the opinion of doctors and eurythmists, human beings and the illnesses they are suffering from, have changed so much in the past decades that new modern clinical pictures, have emerged. Do these changes mean that eurythmy needs extending and developing?

The first conversation took place at the invitation of spirit beings, who are extremely interested in communicating with human beings. The person facilitating these conversations is Verena Staël von Holstein, who has been connected with spirit beings since her childhood, and she has been training herself for decades to be able to exchange conceptual information with them (1).

Verena Staël von Holstein is not a medium. She fully consciously communicates with the spirit beings being; at the same time, she translates between the German language and the etheric language, spoken by the spirit beings (2). She does this in appreciation and consideration of anthroposophical terminology and contents; she grew up in this context and this remains the centre of her life today.

Complementary indications for eurythmy therapy in relation to Rudolf Steiner’s indications
Additional pointers for eurythmy therapy were given by spirit beings with whom Verena Staël von Holstein is in contact. These pointers in no way contradict those given by Rudolf Steiner. Much more, they create a complement, a continuation, and a deepening of his work that began about 100 years ago. Such developments will be necessary in the future too, because human beings and their illnesses are constantly changing.
All the given pointers and exercises have been thoroughly discussed, developed and tested by different anthroposophical doctors and eurythmy therapists. This initiative allows everyone who wants to learn about it, to develop his or her own free relationship to it. The spirit beings who wish to communicate and work with us do this with the intention to be of help: they do not want to tell us what to do.

Study and develop this initiative in your own practice
Eurythmists need to study these pointers and suggestions given on their own to develop their own experiences, and decide for themselves how to proceed. This new work in Eurythmy has only been able to come into the world over the past 12 years. It has grown and evolved over these years because the spirit beings have collaborated intensely with human beings. Professional, scrupulous and highly respected work has now been going on with the new exercises in several countries for 10 years.

(1) Flensburger Heft 107, Neues Hellsehen, Interview with Verena Staël von Holstein
(2) GA 118, The Event of the Appearance of Christ in the Etheric World

Wieger Veerman is a therapeutic eurythmist working in his private practice Irtha in Warnsveld as well as teaching eurythmy at the Waldorf School in Deventer, Netherlands.
He also gives workshops for adults in speech- and tone eurythmy.

In 2012 Wieger got in touch with this broadening initiative of eurythmy and was immediately impressed by the clarity and pureness of it. All this came to him through the therapeutic eurythmists who already were working with this expanded way of eurythmy.

Meanwhile he introduced this eurythmy initiative in the Netherlands to his colleague eurythmists, – therapists and anthroposophical doctors.
The response was very positive and as a result several training days took place.

All the information conveyed by the nature- and spirit beings in addition to this widening initiative of eurythmy, was brought together in cooperation with Verena Staël von Holstein. He later translated it into the Dutch language.

Out of this collaboration with Verena Staël von Holstein two workbooks originated, consisting of 400 pages filled with 300 exercises, for his colleagues in Holland to work with in a precise and focused way.

Because of the large number of questions that arose out of the work, Liesbeth Kuhlemaijer (anthroposophical doctor) and Wieger Veerman organized in 2019 the first international conference with the theme: ‘How can I stay healthy in doing my work?’ 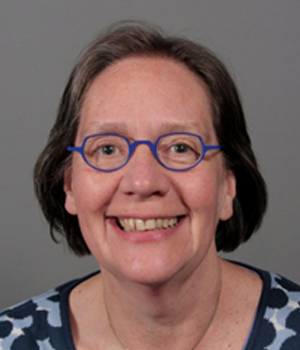 As an anthroposophical doctor Liesbeth Kuhlemaijer is connected to Therapeuticum De Es in the city of Apeldoorn, Netherlands.

From the start of her work with the nature-and spirit beings in 2012 she has taken on the task to incorporate the received information within the anthroposophical art of healing.

In studying and comprehending the various different exercises that have been developed as a result of the communication with the nature- and spirit beings, she takes embryology as her starting point.

It is striking and impressive to ascertain how often these pointers are in line with the scientific findings of today’s embryology.

Since 2016 Liesbeth Kuhlemaijer and Wieger Veerman have been working closely together in training doctors and therapeutic eurythmists. 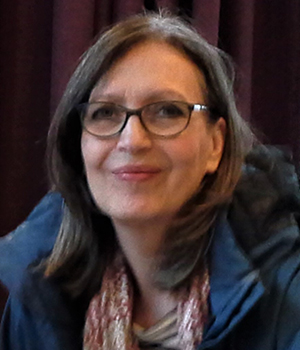 Christine van Draanen started to develop the work with animals at the end of 2011.
Through her contact with Verena Staël von Holstein she received many exercises for animals from the spirit being Etschewit.
In 2018 the first international course for therapeutic eurythmy for animals took place at Hochstetterhof in Biberach, Germany.
Since 2018 she organises seminars in the Netherlands, Germany and England to pass it on to colleagues. These seminars take place on a farm with animals of different species.